I’ve proudly been working for: Vans, Harley-Davidson, Warner Music, Arnette, Rockzone Magazine, HFMN Crew, Ripper Seeds, Crème International and RockAction Productions among others. And I’ve been able to draw for bands such as Rancid, Lagwagon, Against me!, NOFX, Dropkick Murphy’s, The Queers, Marky Ramone, The Ataris, MxPx, Biohazard, Blowfuse, Crisix, Pennywise, Bad Religion, The Toy Dolls, Sick of it all, and Satanic Surfers.

Some of my illustrations appear on american fanzines such as Unibrow or Monsters Holding Bitches, I’ve been featured in the Artists of Instagram book and exhibited at group shows in Los Angeles’ Gallery 1998, NYC’s Bottleneck Gallery, Artshare LA or Long Beach’s Dark Art Emporium. 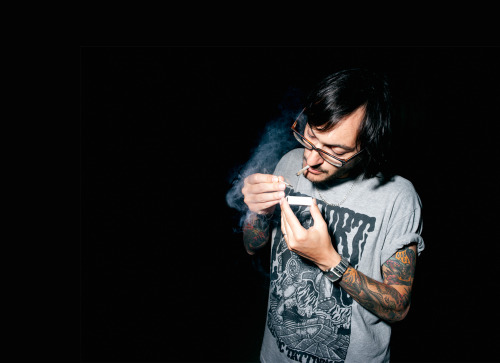